Our futures and fears

If I could go back twenty years I wonder if I would have seen myself in the place where I stand today. My life was going down a straight path there were no corners, no roundabouts, no junctions, just a plain old straight road. It's funny how we come away from that straight road sometimes without planning to. We do however we find a way, whether it be through mucky fields or going the wrong way down a one-way street we will come back onto the road to our future. It is maybe not the same one as before, but it's a road going generally in the right direction.


My third book Card School has now been released and as I approach my next project I imagine where I want to be in the future. I want to be happy and successful, don't we all? I enjoy writing books in the knowledge that people read them; that people will read about my characters and get to know them and that the things that happen in my books will be understood and accepted.


A boarding school is not always the first choice for parents or children but Michael Dawson did not have the luxury of choice. At ten years of age he had to deal with the loss of both parents who had been abroad on a church mission. He never had the chance to say goodbye only see you later. He believed when they went, they would return, but they didn't. Not only having to contend with the biggest loss known to a child he was thrust into the full time guardianship of his uncaring Auntie who he had been staying with but only until his parents came back. Now they were not coming back his future had to be decided. Learning that he can only trust himself, and faced with a dark secret in the boarding school where he is placed, he sets out to unravel the answers and find questions to fit. He has no intention of getting too close but ends up being in the direct firing line. When all hope is lost, the person he expects least of all to be there comes to the rescue, but is it all too little too late?.


Michael is a ten year old boy who loses his parents in a car accident whilst they are abroad. He didn't say goodbye, he thought he would see them again so said "see you later." All too often people are taken from us without a chance for us to say goodbye. We should remember this when we fall out with people over silly things and remember - Never go to bed on an argument.


So as people read my new book CARD SCHOOL I will be writing my next book safe in the knowledge that soon my characters will be alive in someone's living room. 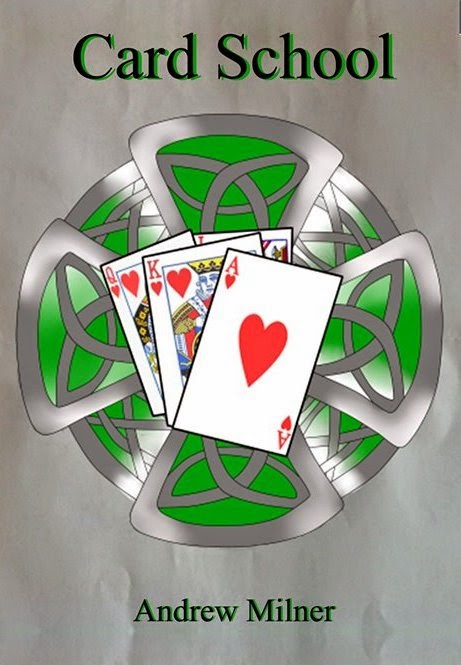